We sit here two days before a vote on the challenge from Kevin Rudd against Julia Gillard.

It’s strange, that by all rights it should be open and shut.

Julia, by most peoples reckoning, cannot win the next election. Kevin might, and if not will retain far more seats than Julia would. There would be a prospect of returning to government much quicker than under Julia, who on current prospects will lead the party to oblivion.

So what is wrong with the labor party that they are willing to see themselves slaughtered at an election.

The irony of this is that in the middle of an utterly unprincipled fight by the prime minister, where every principle of decency seems absent, that they are clearly fighting on principle, even thought they are fighting to lose.

The joy of doing congenital work….. 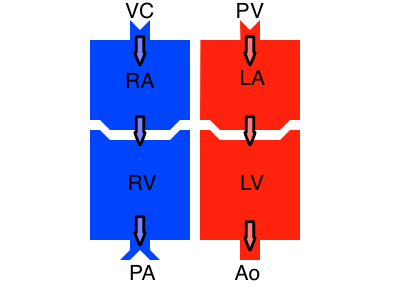 One of many block diagrams for the chapter.